Sipadan Island, a marine paradise, is renowned among divers for its rich underwater biodiversity, pristine reefs, and sudden drop-offs into the deep blue. Regularly ranked as one of the top ten diving destinations in the world, this island can be found in the Celebes Sea just off of Borneo Malaysia. The wonders here are easily accessed from the town Semporna, which is only 35 kilometers north of the island or about an hour’s boat ride away.

There are few places on Earth where a diver can see schools of whirling barracuda, a dozen sea turtles of varying species, a handful of sharks, and a teeming reef of angelfish, triggerfish, morays, and gobies all on one dive. At Sipadan, such sights are common, with lucky divers bringing home stories of whale sharks, manta rays, and schools of hammerheads. It is well known as a hotspot for biodiversity with over 300 species of fish and hundreds of coral species calling the waters off this island home.

The island’s unique geography makes it home to many excellent dive sites. It is Malaysia’s only oceanic island, meaning it rises straight from the seabed rather than the continental shelf. Its lush forests and white sand beaches rest on top of a prehistoric volcano rising 600 meters from the seafloor and the pristine waters surrounding the island allow for visibility of at least 20 meters year round. However, visibility can reach up to 50 meters during the dry season.

Visiting Sipadan Island requires a permit issued by Sabah Parks, a Sabah Government agency. There are a limited number of 176 permits available each day. This is a good move by the Malaysian Government to minimize the stress on the reefs and marine life around the island.

The permit application will be made on your behalf by the resort you choose to stay at.

If a resort as unallocated permits for a given day, it will be returned to Sabah Parks so that it can be redistributed to other resorts that require additional permits. So, if the resort you are staying at has run out of permit allocation for the day, but another resort has available permits, you may be able to obtain these permits. Additional costs may apply.

Most resorts use the round-robin allocation method to maximize the chances of everyone visiting Sipadan Island. However, a number of these resorts will also give preferences to visitors with a longer duration of stay. Please check out the resorts below for more information on turn-around times and the recommended length of stay for diving at Sipadan Island.

You don’t need a permit to visit the other islands in the area.

How Permits are Distributed

If you are interested in learning how permits are issued: Sipadan Island Permits.

Sipadan has twelve dive sites in all, each with its distinctive features. Locations include the Coral Gardens, White-Tip Avenue, Turtle Patch, Staghorn Crest, Lobster Lair, Hanging Gardens, West Ridge and North Point. Despite the many reef sharks to be found at White-Tip Avenue and the abundance of soft corals at the Hanging Gardens, most notable sites are the Sipadan Jetty, Turtle Cavern, Barracuda Point, South Point, and Mid-Reef.

Your dive can start as soon as your boat docks at the Sipadan Jetty. Located on the northern point of the island, the beach at the jetty suddenly drops straight down to the sea floor 600 meters below, making for a spectacular wall dive. As you swim along you can appreciate the hard and soft corals on one side as schools of barracuda, mackerel, and batfish swim by on the other. Enjoy the wall’s overhangs but also keep an eye open for white tip reef sharks and the occasional leopard shark!

Perhaps the most talked about and most eerie of the dive sites here is the Turtle Cavern – also known as the Turtle Tomb. About 20 meters down and just a short swim to the right of the Jetty is an extensive cave system. Locals say this is where turtles come to die, and indeed turtle skeletons can be found within. Fortunately, though, there are plenty of live turtles still swimming about outside of the caves. Many divers lose count of the number of green turtles they see between the Jetty Drop-Off and the Turtle Cavern.

As the name suggests, this dive site is known for its large schools of barracuda. Hundreds of barracuda congregate here, and if you are lucky, you may see the barracuda tornado as the schools swim in a rapid spiral forming a spinning wall of fish. Hard and soft corals along with black tip reef sharks, bump-head parrotfish, eagle rays, and triggerfish can all also be seen at this site. Barracuda Point is about a 3-minute boat ride to the right of the Jetty, and the site extends about 20 meters down. Be sure to watch out for currents here, which can occasionally get strong.

About a 15-minute boat ride from the Jetty can be found the South Point site, which is slightly southeast of the island. The site consists of a wall, a ledge at about 20 meters under, and then a sudden drop down. Be sure to look over the drop for rare sharks such as hammerheads and the thresher shark, which are usually only seen around 40 meters in depth. White-tip reef sharks can be found in shallower waters along with bannerfish, moray eels, and a variety of hard corals. Strong currents can also be found at this site, so divers beware!

One of the most colorful of the dive sites here, the emphasis here is on corals rather than pelagic creatures. East of the island, the site is about 10 minutes from the jetty by boat, with dive depths of 15-20 meters. Colorful sea fans, Moorish idols, and anemonefish dominate the scene. Be sure to keep your eye out for green turtles as well.

For divers who tire of seeing big turtles and bigger sharks all day, nearby Mabul Island and Kapalai Island are just a 20-minute speedboat ride away offering hidden treasures such as small nudibranchs and pipefish.

We've put together a guide to help you decide which resort is right for you.

Scuba diving occurs all year round at Sipadan Island with decent visibility to be had throughout the year.

However, for the most breathtaking experiences, with dive visibility reaching up to 50 meters, you will have to visit during the dry season which occurs between March and October. Divers are sure to enjoy their surface intervals as temperatures throughout the year range between 26°C to 34°C (78°F to 93°F). 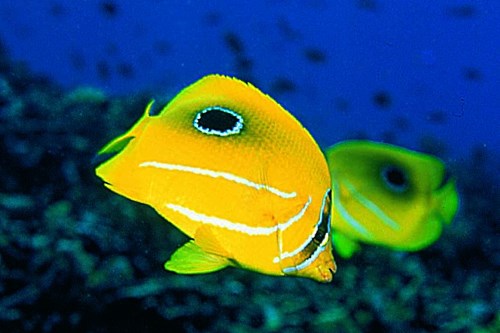 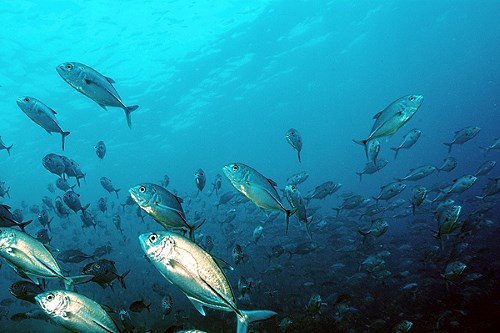 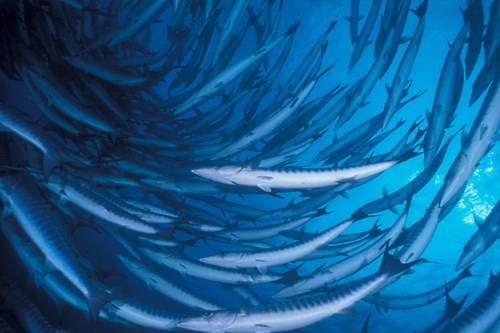 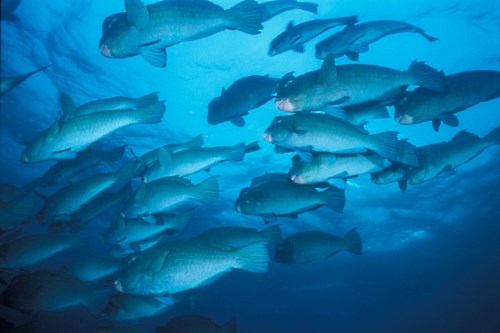 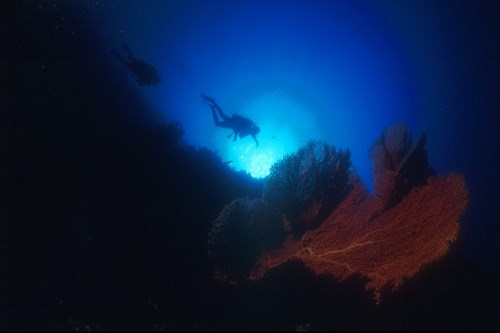 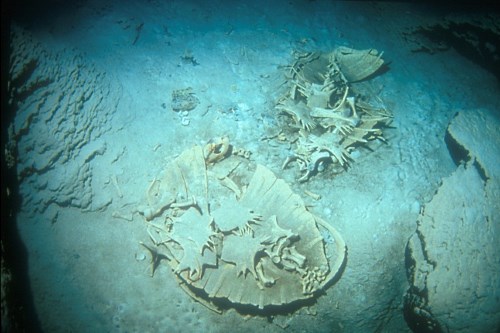 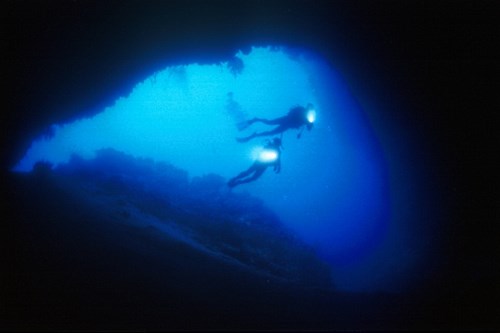 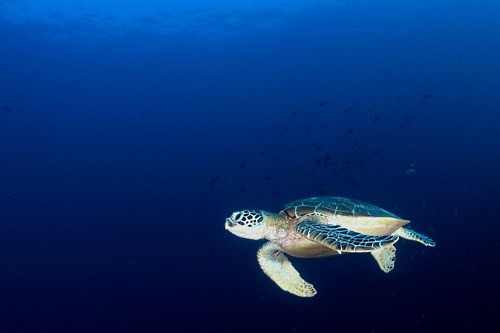 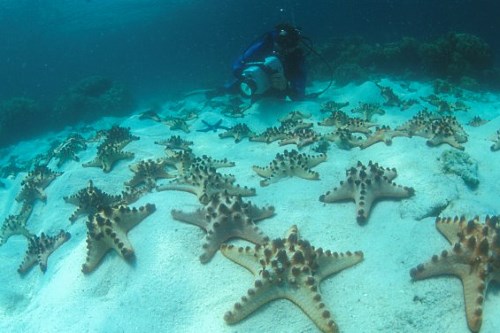